Kevin Itima, a first-generation Nigerian-American born in Houston, Texas, was born to Nigerian Delta state immigrants, Helen and Romeo Itima. Kevin spent a portion of his high school tenure in Lagos, Nigeria an unforgettable experience that changed the direction of his life, immensely. He received his undergraduate degree at Jackson State on a track/cross country scholarship and received his master’s in public administration from the University of Houston.

After the completion of his undergraduate degree, Kevin moved to the Metropolitan area of Washington, D.C. where he planted seeds of influence in the field of education. He later became a member of the Baltimore County Fire Department. Upon the passing of his father, Kevin returned to Houston, becoming the co-owner and acquisition specialist of Hestia Homes, LLC. He simultaneously turned to his entrepreneurial wits, founding his company Itima, LLC. Both companies handle a myriad of business opportunities within the realm of real estate ranging from new single-family construction to multi-family properties.

Kevin’s first self-published work, E Ware Mumene (I’m Coming Home) is currently utilized in several different schools as a teaching tool. The largest to incorporate the book into their learning curriculum is Jackson State University’s Department of Criminal Justice. E Ware Mumene, placed as required reading, highlights the fact that one’s past does not dictate their future. His second piece Anthology of the Brothers a collection of short stories about African males came just a year later. He has also begun to dabble in film and produced his first documentary, The Price of a Dream which tells the inspirational story of his father, Captain Romeo.

Though Kevin possesses a broad ability to cross various industries, his passion has always been in the nonprofit development space. He wants to use his experience in fundraising, program management, and business to make a social impact in the community and the world. 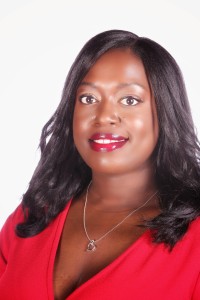 Born and raised on the Northside of Chicago, Vanessa McKinney attended Walt Disney Magnet and Abraham Lincoln Elementary’ s gifted learner programs before graduating with honors in the top 10% of her 500+ member class at Lincoln Park High School. Vanessa attended the University of Illinois at Urbana-Champaign on full academic scholarship as a Chicago Urban League scholar, George M. Pullman Educational Foundation scholar and Helaine & Edgar Strauss Opportunity Trust scholar. She received a Bachelor of Science in Community Health from the University of Illinois, concentrating in Health Administration, Planning & Education. Currently, Vanessa works as the eLMS Analyst for the #1 translational research & rehabilitation hospital in the country. In this position, her skill sets in the areas of healthcare, business, education and technology contribute toward science-driven breakthroughs in human ability.

Vanessa was introduced to the Chicago Urban League (CUL) over 10 years ago and her interest in their historical mission and commitment for justice, equality and civil rights has continuously grown. A native of the city and a CUL scholar alum, Vanessa is familiar with the mission of the League as well as the socioeconomic and political landscape of the City of Chicago. Vanessa became a member of the Metropolitan Board in 2017 and in the last two years has consistently contributed to the board’s growth. As a general body member she created innovative ways to recruit and engage members. One such effort being the creation of a “Join Cheat Sheet” or quick reference guide that helped facilitate learning more about the Metropolitan Board. In July 2018 Vanessa joined the Executive Leadership Team as Membership Retention Chair. During her time as Membership Chair Vanessa has increased member engagement by over 40% and led the member exclusive #MBMemberPerks program in offering over 10 professional and social event discounts via various local community partners. One of her proudest moments as chair was persevering through the sub-below zero Polar Vortex temperatures this past Join Week 2019. Despite all Join Week programing being cancelled due to the frigid temperatures, MetroBoard still met the NULYP goal of acquiring 20+ new members.
In the past year, Vanessa has thoroughly enjoyed collaborating with her peers of the MetroBoard and appreciates the confidence they have shown in her capacity to lead. Vanessa is now looking forward to leading further as the 2019 – 2020 Vice President of the Metropolitan Board of the Chicago Urban League. 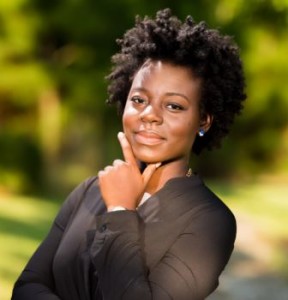 Chad Courtney serves as Metroboard’s treasurer, and is primarily responsible for overseeing the organization’s finances.

Chad works in PNC’s corporate and institutional banking group, investing in affordable housing on behalf of PNC and its institutional clients.

In his free time, Chad reads, exercises, and watches sports, particularly the NBA and Formula 1. He is looking forward to a fruitful and productive year as Metroboard’s Treasurer. 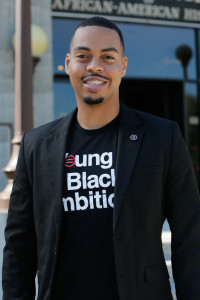 James A. Mendez III is a native of the Chicagoland area. He attended Marian Catholic High School in Chicago Heights, and then matriculated to the University of Missouri-Columbia for college. He received his bachelor’s degree in History from Mizzou and then went on to receive a master’s degree in Public Administration from Northwestern University.

A member of MetroBoard since January 2019, James quickly got involved with the organization through participation on the Civic Engagement Committee. In April, he successfully ran for and was elected Financial Secretary for the following fiscal year. Professionally, James works as a Policy Analyst for the Office of the Chicago City Treasurer. He supports the office through policy development, researching programmatic initiatives and coordinating external affairs. Prior to his current role, he worked at the Illinois State Capitol as a Policy and Budget Analyst for the Office of the Senate President John J. Cullerton, where he specialized in higher education legislation, along with State appropriation analysis for the operating budgets of nine public universities, and the State’s community college system.

James has a passion for advocacy and using his talents to reach back and serve his community. In his free time, James volunteers as a mentor with an organization called iMentor, where he mentors a rising Senior at Chicago Military Academy in Bronzeville. He is also a proud and financially active member of Alpha Phi Alpha Fraternity, Incorporated. Additionally, he has served as an advisor and volunteer on various political and advocacy campaigns throughout the state.

When James has some time to himself, he enjoys working out, spending time with friends and family, networking, watching documentaries and staying up to date with the latest events occurring in state and local politics. James is excited to serve the Metropolitan Board of the Chicago Urban League as Financial Secretary for the 2019-2020 year. 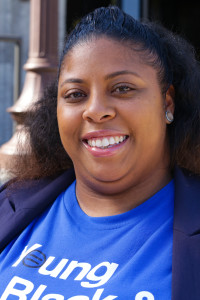 Yvette Needham serves as MetroBoard’s Secretary. She is responsible for recording minutes at our General Body Meeting and all ELT calls and retreats; along with corresponding to any and all website inquiries.

Aside from her responsibilities there, she is a Creative Business Development Specialist. She coaches entrepreneurs to believe in their dreams. She also helps entrepreneurs prioritize and identify all generating streams of revenue in their business.

In addition, she is the Founder & President, Business Besties_Chicago and the mother of two young athletic men. Yvette enjoys spending time with her sons, attending sporting, empowerment and social events. Yvette has a strong passion for serving our community and she look forward to an amazing year with MetroBoard. 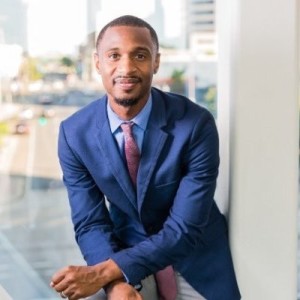